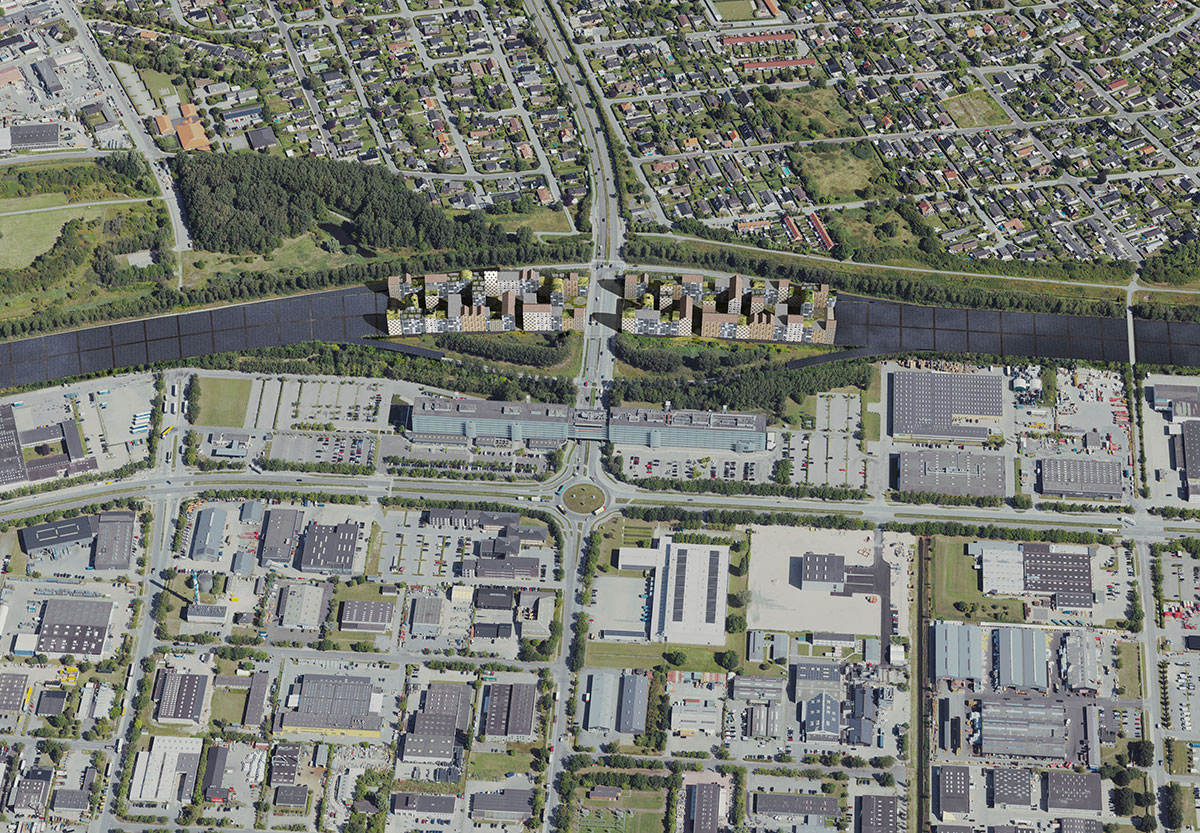 In connection with the expansion of the Amager motorway, Hvidovre Kommune wants to investigate the possibility of covering the motorway on a section from the motorway junction Avedøre in the west, across the Kalvebod bridge and to Imia Allé on Amager in the east. This initiative will remove the noise from the motorway and thereby reduce the noise impact for a large number of noise-afflicted citizens in Hvidovre. At the same time, space is created for value-creating utilization of the covered areas - for example by establishing solar panels that can generate green energy close to the local community. In addition, the income from the motorway cover can finance or co-finance the construction costs and the operation.

The motorway cover extends over approx. 7.1 km, from motorway junction Avedøre in the west, across the Kalvebod bridge and to Imia Allé on Amager in the east.

Could remove noise from 4500 addresses

The noise calculations carried out show a special potential for full coverage of motorways. The results show that covering the motorway can bring around 4,500 addresses below the limit value of 58 dB. The full coverage is particularly effective for addresses at greater distances from the motorway, where ordinary noise screens have limited effect (regular noise screens at a height of 5-6 m have a primary effect on buildings in close proximity to the motorways). 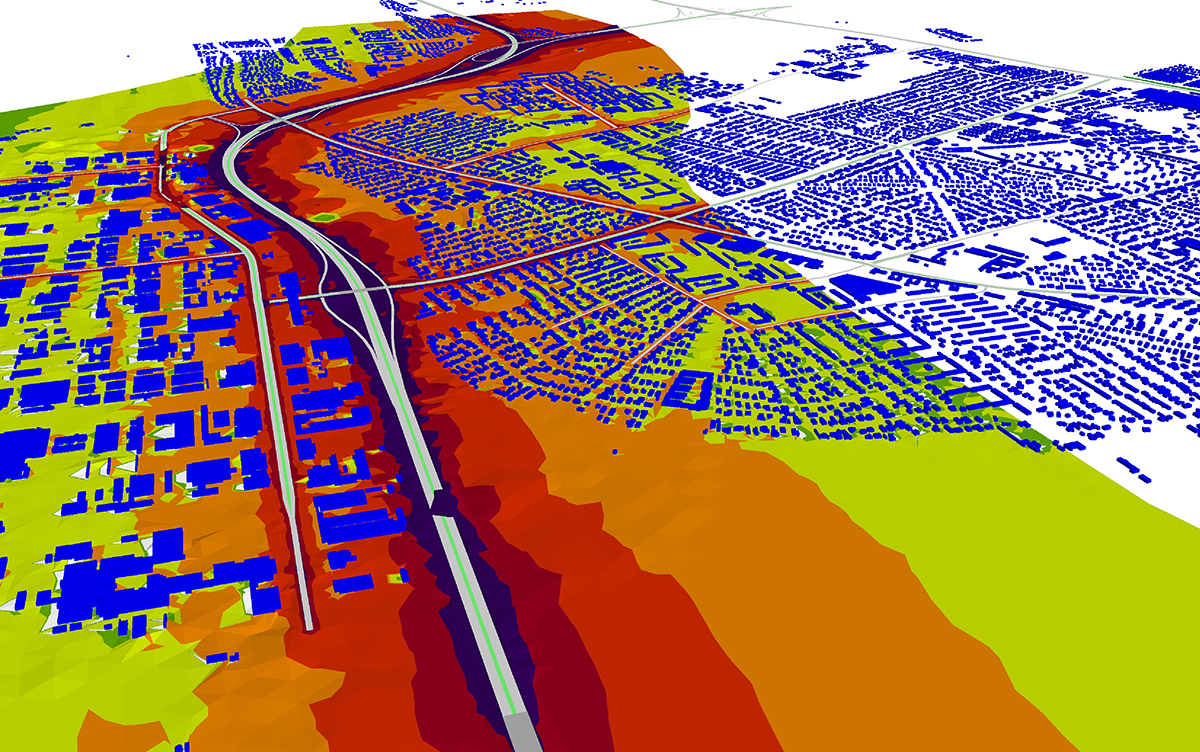 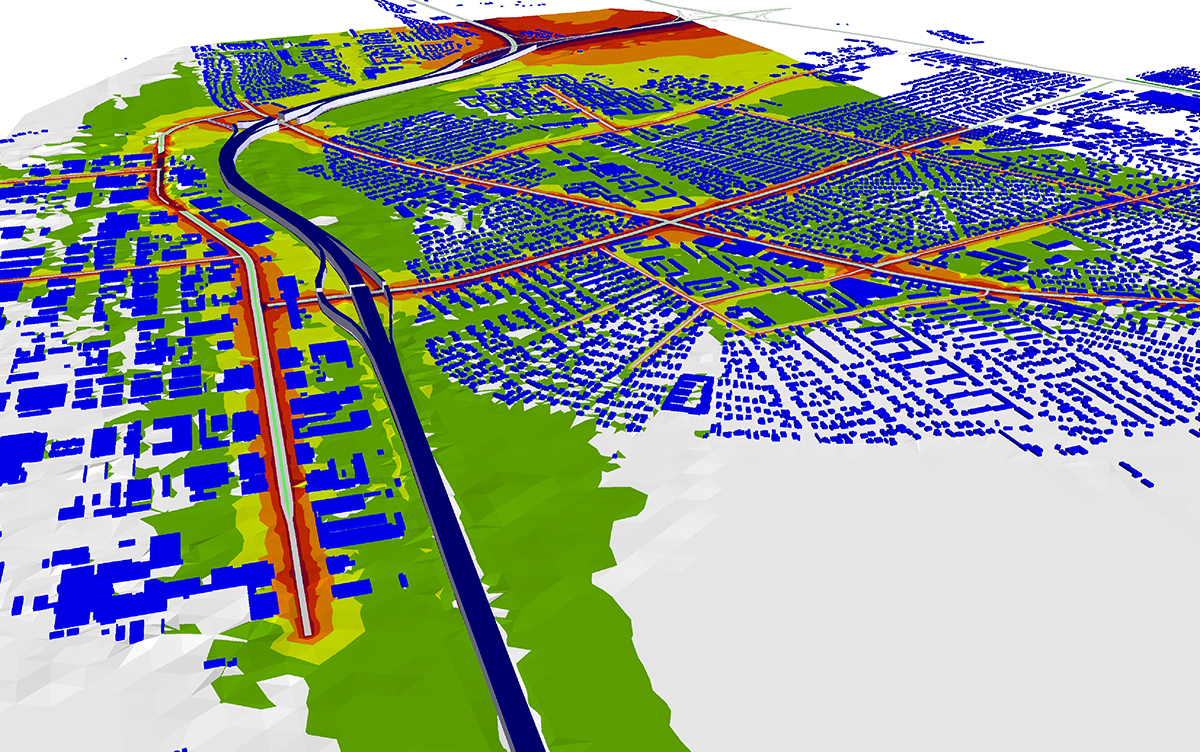 Noise map after establishment of cover.

In addition to removing the noise, the cover can be used to establish green energy in the form of solar energy systems. A system like that can co-finance the establishment and operating costs and create local green energy.

The energy from the solar cells will be advantageously used for industry at Avedøreholme, as energy production is greatest during the daytime, precisely where the need in industry is greatest. The solar panels cover an area of 360,000 m2, which can produce electricity for around 50,000 citizens, which corresponds to the population of Hvidovre. 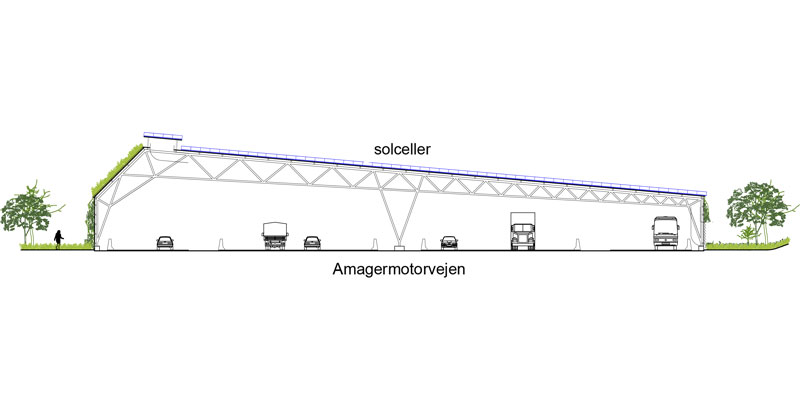 By placing the solar panels over the large areas that the motorways make up, it is possible to avoid establishing solar parks on fields, far from the cities that consume the energy. 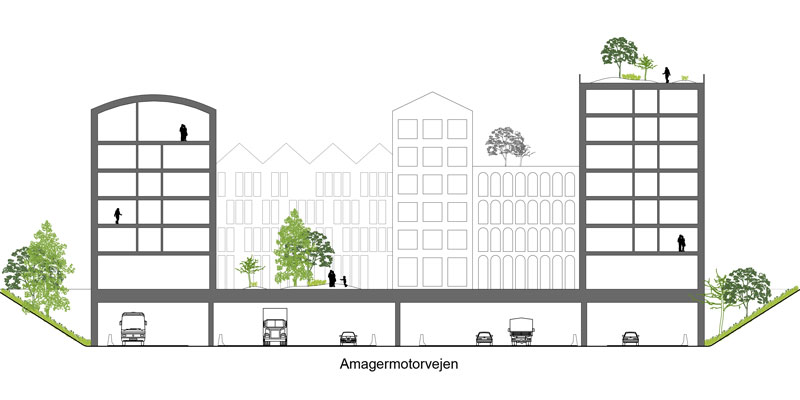 Placing buildings on top of the motorway makes it unnecessary to occupy green areas while at the same time reducing noise tremendously. 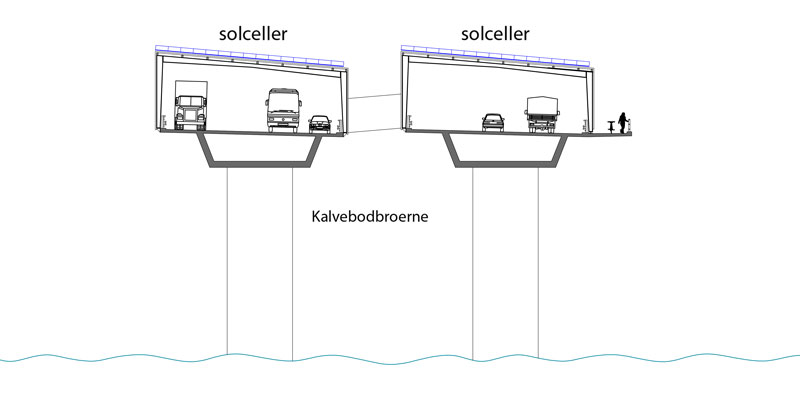 The cover on Kalvebodsbroen is designed as two separate steel frames which are mounted on the bridge.

New urban environment on top of the motorway

A motorway cover can be used to establish recreational areas and/or buildings. Buildings can advantageously be established across the motorways and thus avoid occupying green areas and at the same time eliminate traffic noise.

Traditionally, "heavy" motorway covers are carried out as tunnels, where the motorway is completely or partially buried and the buildings are kept at ground level. In this sketch project, the highway remains in its current position, and the new developments are placed on top of an extended bridge structure. The new urban environment consists of green open space mixed with light multi-storey buildings, made in prefabricated and environmentally friendly wooden constructions. In this way, the load on the superstructure and foundations is reduced and a new and sustainable district is created on top of the motorway, with direct access to the surrounding noise-free green areas.

The light cover is calculated as a steel frame construction with a trapezoidal sheet roof and directly mounted solar cells. 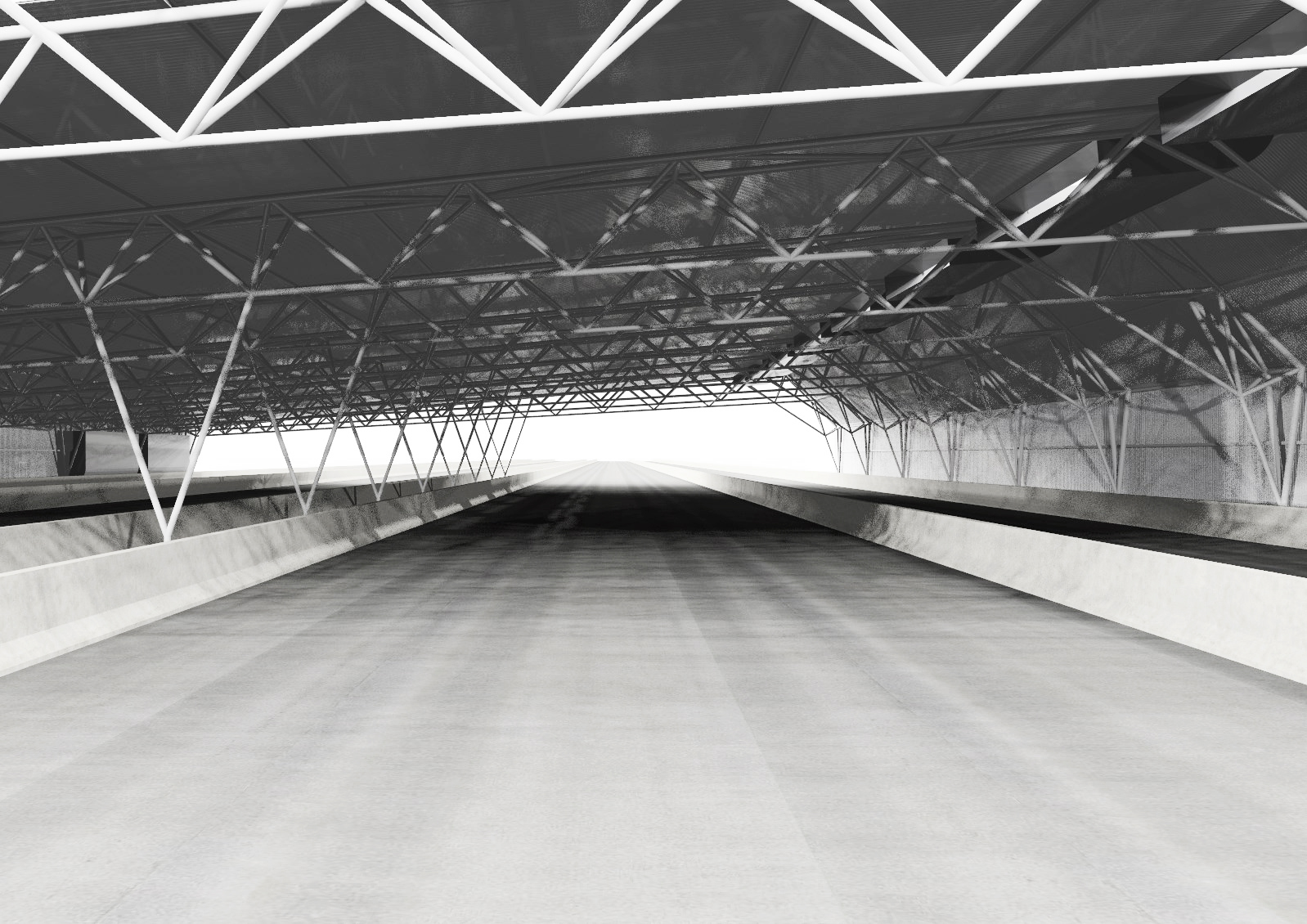 Visualization of the covering from the inside.
Visit motorvejsoverdaekninger.dk - to learn more about our motorway covers
Projects