The parking house is part of Johannes Fog's plans for a large new headquarters in Lyngby. In the first stage, the car park will contain 3 parking decks with space for 229 cars in addition to a storage floor at ground level, but in the future the construction can be expanded up to 8 parking decks when the need arises.

The house is built as a steel construction with concrete decks, while the facade is made of wood to match the rest of the new building and give a light and transparent look. The semi-open facade also provides both good natural light and eliminates the need for mechanical ventilation.

To connect the parking house with the new head office, a steel and concrete walkway is being built, which visitors can cross from both the 1st and 3rd parking floors.

The parking house is built according to a concept developed by KI, NCC and Holscher & Nordberg architects. Unique for the concept is especially short construction time, which is due to the use of standardized elements, making it both easier to assemble and disassemble if the building is one day to be used for something other than parking or just to be expanded. Parking House Fog is one of many parking houses built according to the concept, and more are already on the way.

The relatively soft soil means an increased need for foundation depth. The foundation piles for the building go 20-23 meters into the ground, while under normal soil conditions it would be enough with approximately half of that.

KI was responsible for all structural design.

The parking house is a collaboration between Holscher & Nordberg arkitekter, KI Consulting Engineers and NCC as main contractor.

3D model of the parking house with and without facade and in phase 1 and 2. 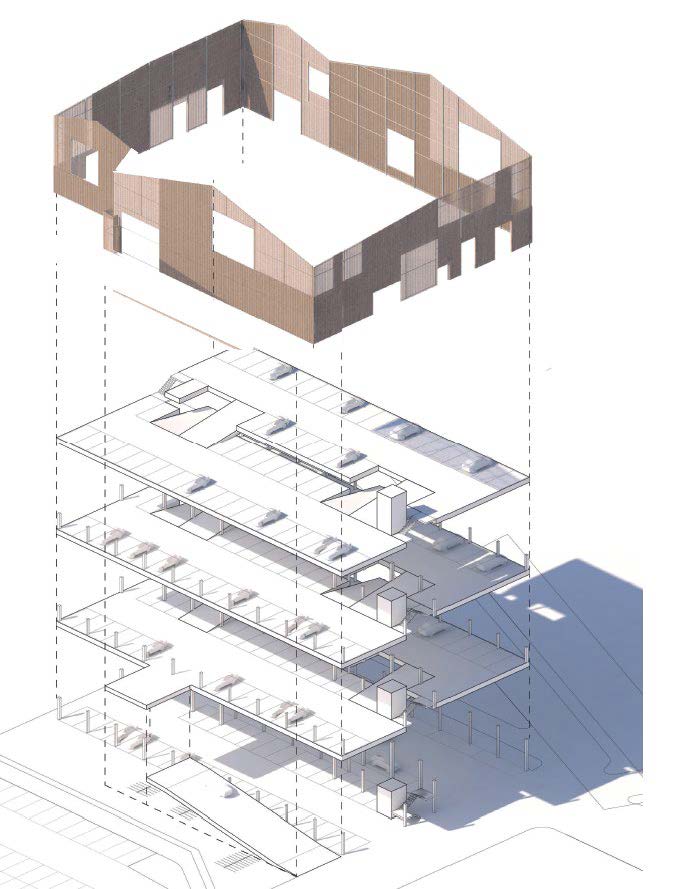 In the first stage, the car park will consist of 3 parking floors, which can later be expanded up to 8. 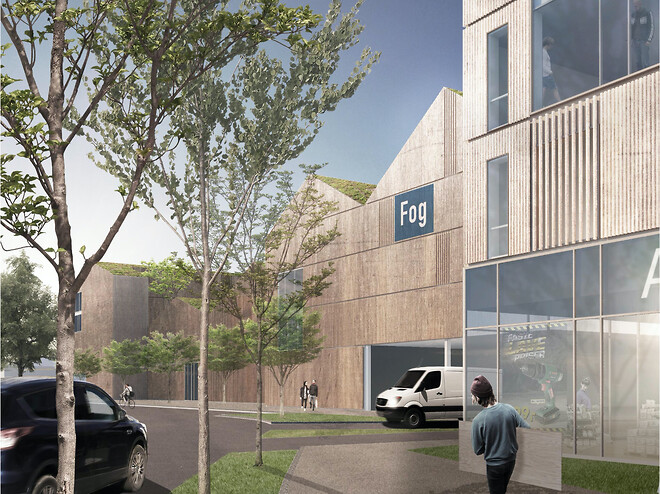 The parking house is part of Johannes Fog's new head office, which will be a multifunctional house with a total functional area of 15,400 m2.

All projects
We use cookies to ensure that we give you the best possible experience of our website. If you continue to use this site we will assume that you agree with it.OKReject