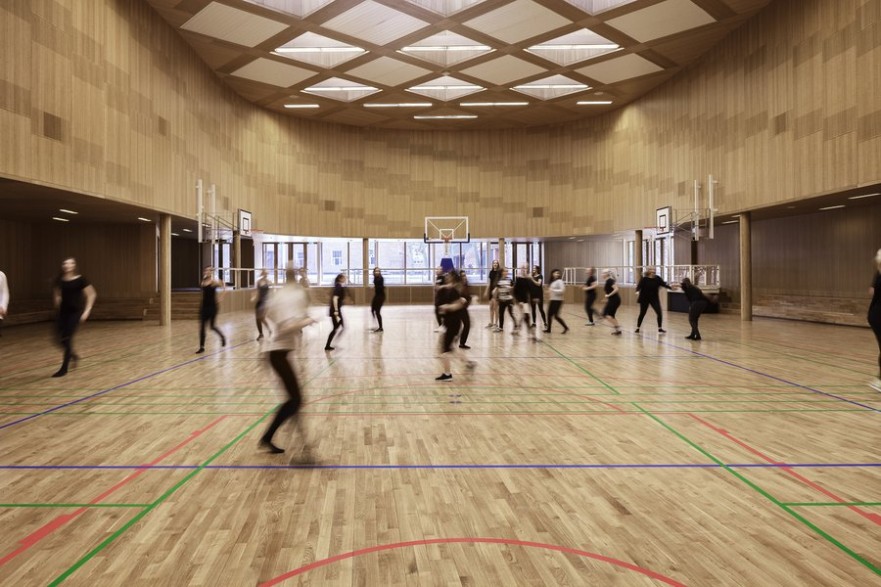 The new multihall for Falkonergården school in Frederiksberg, has won the award “Årets Arne” (Arne of the year) named after Danish Architect Arne Jacobsen. The award is given to projects or initiatives, which have in some way raised the architecture in greater Copenhagen within the previous year. The award is given out by the Danish Association of Architects in Copenhagen (Arkitektforeningen).

“The new building addition was given “Årets Arne” for its beautiful architectural concept, where new and old support each others story: The new addition reads in to the values of the existing building with respect, but the design is at the same time modern, functional and empathetic. From the larger plan down to the last detail, this is a convincing and thorough piece of architecture, which bears witness to both architectural stubbornness and thought. The well-thought-through use of materials and planning of the multihall will bring joy to the students of Falkonergården in many years to come.”

We are very proud to be a part of the team behind this wonderful project, which is both aesthetically pleasing and structurally interesting.