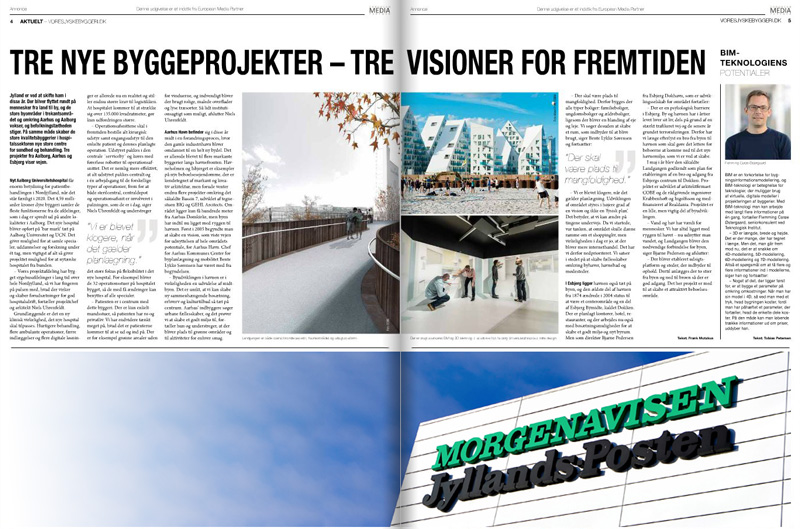 The Danish newspaper Jyllands-Posten writes a series of themed special publications, and this week the theme is “Vores nye jyske byggeri” (Our new constructions in Jutland). Our project Landgangen is described in an article featuring three new major developments in Jutland including Aalborg University Hospital, Aarhus Habour as well as our own project in Esbjerg Habour.

Jyllandsposten describes the way Landgangen is going to connect the city and habour, which have in the past existed as two separate “cities” due to a heavily trafficked road.  The article also points out the psychological value of having a body of water close by, and how the new project makes it easier for the people of Esbjerg to take advantage of the habour.

“Water and ocean is valuable to people. We have always had our back to the ocean – now we take advantage of the water, and “Landgangen” will be the needed connection in the city”
– Bjarne Pedersen, director of Esbjerg Dokhavn, developer of the area. Read more about the project here.