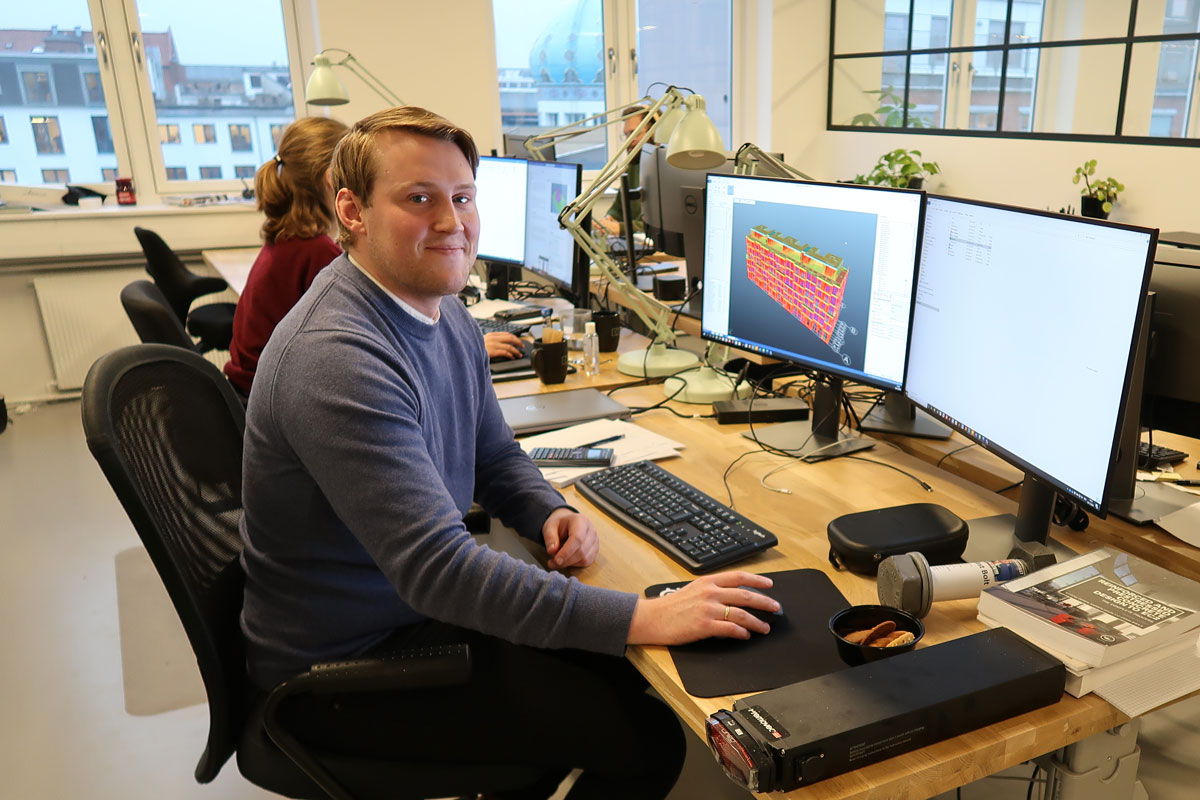 This November we officially welcomed Benedikt Natanael Bjarnason to our team of engineers. Benedikt is Icelandic and comes from Akureyri, but moved to Denmark to take his master’s degree from the Technical University of Denmark (DTU), where he has just completed his thesis. The thesis, which was carried out in collaboration with Ørsted, dealt with a new method for making dynamic analyzes on offshore wind turbines based on monopiles using the Finite Element Method (FEM).

Benedikt has previously worked with the Finite Element method in his role as a student assistant at our sister company Optum CE, where he worked on assignments such as documentation of the geotechnical FEM programs OPTUM G2 and OPTUM G3. In addition, he worked 3 summers in a row with FEM at Iceland’s largest consulting engineering company EFLA.

At KI, Benedikt is now working on a large concrete project, where he ia. uses his experience with the new FEM concrete design software OPTUM CS, which will help reduce the need for reinforcement in concrete structures and thus pave the way for greener buildings. Read more about KI’s expertise within Finite Element analyzes.

We are extremely happy to have Benedikt on the team, and we are grateful that he wanted to take this next step in his career with us.