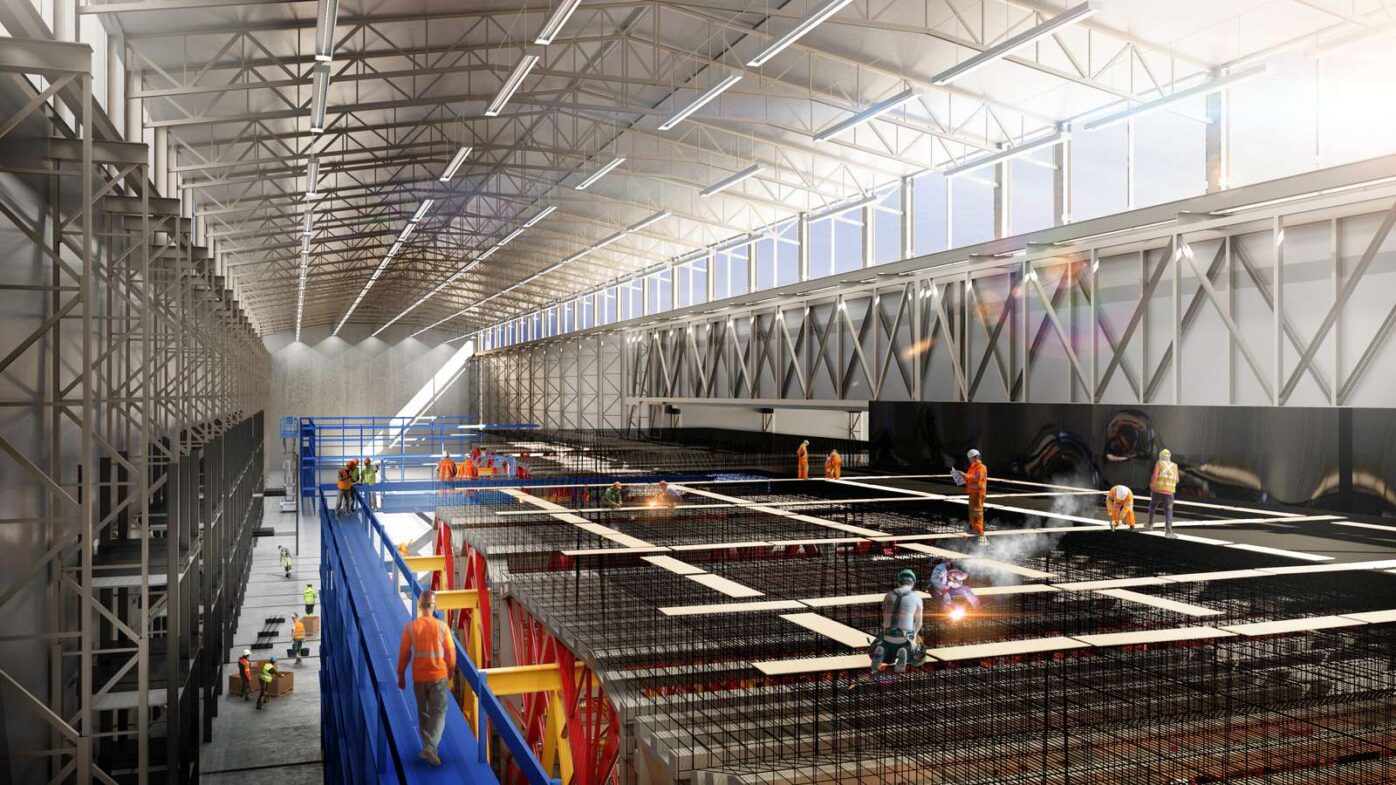 KI has entered into an agreement with Give Steel A/S on the design of the new tunnel element factory, which is to be built at the Port of Rødby in connection with the establishment of the Fehmarnbelt crossing.

The tunnel element factory consists of five parallel production lines distributed over three large steel production halls. The steel superstructure is challenging, as each production line requires a large span, a large headroom and simultaneous operation of several cranes, both along and across the individual production lines. The long spans are particularly challenging for establishing overhead crane rails across the production lines and require large internal trusses to ensure that the overhead cranes can operate on a sufficiently rigid surface. The buildings contain more than 8000 t. Steel and 20,000 nos. steel rafters, making it one of KI’s largest projects to date. The project has given us the opportunity to hire 3 new employees, who will be working either directly or indirectly related to the project.

Give Steel A/S is the turnkey contractor for the project, which was won in an international tender during the summer and autumn of 2020. KI has been involved from the very beginning and have prepared the static system and the tender model in close collaboration with Give Steel A/S.

“We are incredibly proud of this project and we look forward to continuing the good collaboration with Give Steel, the FLC consortium and the other subcontractors on the project. The project fits very well with our company’s vision and experience with large international projects.” says director Einar Thor Ingolfsson.

The tunnel element factory will produce the first element for the Fehmarnbelt tunnel from the end of 2023 and the last in the second half of 2026. The 18 km long tunnel of the Fehmarn connection is expected to be completed in mid-2029 and will shorten travel time between Scandinavia and the rest of Europe.

Read more on Give Steel’s homepage.

About the immersed tunnel and the tunnel factory